STOP! This May Be The Most Important Information that You’ve Read Lately…Read On To Discover How You Could be Entitled to  monetary  compensation from $2,000.00 to $20,000.00 or more! 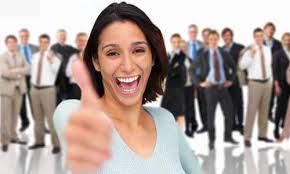 ... Even if you have already lost your home to Foreclosure, you may still be eligible for compensation. Just take 2 minutes to find out how today…

If you have been involved with a short sale transaction or loan modification between November 2013-Present, you may be entitled to a monetary award whether you were successful in obtaining the short sale or loan modification or not. Due to recent legislation with the Dodd-Frank Act, we have identified major violations that lenders and servicers have committed against homeowners who have attempted to get help or are currently trying to get help. Whether you were successful on completing the short sale and/or modification, or even if the home was lost to foreclosure, you still could be owed money!!!!!

Here are some basic violations that you may be compensated for:

 Repeated phone calls with no response from the lender

While the Dodd Frank Act can’t undo what has been done, it does allow for some level of financial relief. For every incident we identify, you and the homeowner could receive up to $2000 per violation. In most cases homeowners were violated up to 5 times.

Our audit questionnaire is used to help find CFPB violations, that will help create an actionable lawsuit for you or your attorney to use. If a loss mitigation file was under review any time after January 9, 2014, servicers are required to follow strict guidelines mandated by the CFPB via DODD-FRANK ACT. If the servicer violated any of these guidelines, homeowners are entitled to monetary awards up to $2,000 per violation, regardless of the current status or final outcome. Contact us to learn more, or to submit CFPB Audit file to be be reviewed for eligibility. 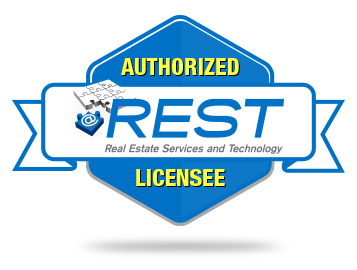 John Doe vs. Bank of America* Examples of the violations of Regulation Z, and 12 C.F.R. § 1024.41 are as follows: A complete package was submitted to the bank and they did not respond in writing within the 5 day allotted time frame. The bank also repeatedly requested documentation that was previously sent to them. They also continued with the foreclosure process while a loss mitigation package was under review which is duel tracking. Once a complete package is received by the bank they have 30 days to review it and either approve or deny the request. Unfortunately, Bank of America did not follow this protocol and took over 2 months to make a decision which was a violation. Due to the multiple violations committed by Bank of America John Doe was awarded $12,455. The process took 4 months from start to finish.

Jane Doe vs. Ocwen* Examples of the violations of Regulation Z, and 12 C.F.R. § 1024.41 are as follows: A complete package was submitted to the bank and they did respond in writing within the 5 day allotted time frame, but the 5 day letter was noncompliant. The letter only stated the package was received. In order for the letter to be compliant it must say whether the package was complete or incomplete. If the package is incomplete it must state the documents that are missing for the bank to review the file. The bank also foreclosed on the property while the loss mitigation package was in review which is a major violation. The bank did rescind the sale and approved the modification, but the approval was done outside the 30 day allotted time frame. Jane Doe was awarded $10,000 for the violations committed against her. Due to all the documentation being provided in a timely manner, this process only took less than 3 months to complete.

John Doe vs. Wells Fargo John was in a short sale negotiation with Wells Fargo. Once the file was submitted to the bank they did not respond within the 5 day time frame. The bank did approve the price at $140,000 but continued to request more and more documentation from the homeowner. Subsequently, the bank prolonged the process for about 4 months which ultimately forced the buyer to walk away from the deal. The seller found another buyer for the property. This process did run a little smoother, but the bank still committed violations during this process as well. The property eventually sold and the homeowner was awarded $14,000 by the bank due to the violations committed during both short sale negotiations. This process took 4 months to complete once the file was submitted in federal court.

* Most of these cases have a Gag Order, prohibiting the parties to discuss the settlement with the public.